A heart to help the hurting.

The Rescue Mission of Middle Georgia is a faith-based, life recovery program for men, women, and children dealing with all types of addictions, domestic violence, sexual abuse, poverty, homelessness, and other life-challenging issues. For over 70 years, the Mission has provided a path of hope, redemption, and empowerment through Jesus Christ to break the cycle of addiction, violence, and abuse in families.

Our goal is to walk with those in need of physical, emotional, and spiritual healing so they can go on to lead healthy, secure, and stable lives that enable them to have a positive, productive impact on their families and communities.

A Message from the CEO

For over 70 years, the Rescue Mission of Middle Georgia has provided a safe place where men, women, and children can find their way through this thing God calls an “Abundant Life.”  We believe one of the many benefits of this program is something we call a level playing field.

We truly believe we’re all in recovery and it allows us to have this feeling of equality that can only come through a relationship with Jesus Christ. We truly believe that we are all broken in some form or fashion and if we can come together and be completely transparent before Christ, then that’s where true healing can take place. Jesus came for the sick, not the well, so if we can all just admit that we’re suffering from some type of brokenness, then we’re the perfect candidate to see the great physician!

Here at the Rescue Mission of Middle Georgia, we will stand dedicated to helping individuals overcome drugs, alcohol, homelessness, unhealthy relationships, and other life-challenging issues and achieving the long-term goals that God’s word says we can have! We will always serve as a beacon of hope and restoration through the Gospel of Jesus Christ, and we are committed to fight the good fight so that our residents may meet their God given potential! 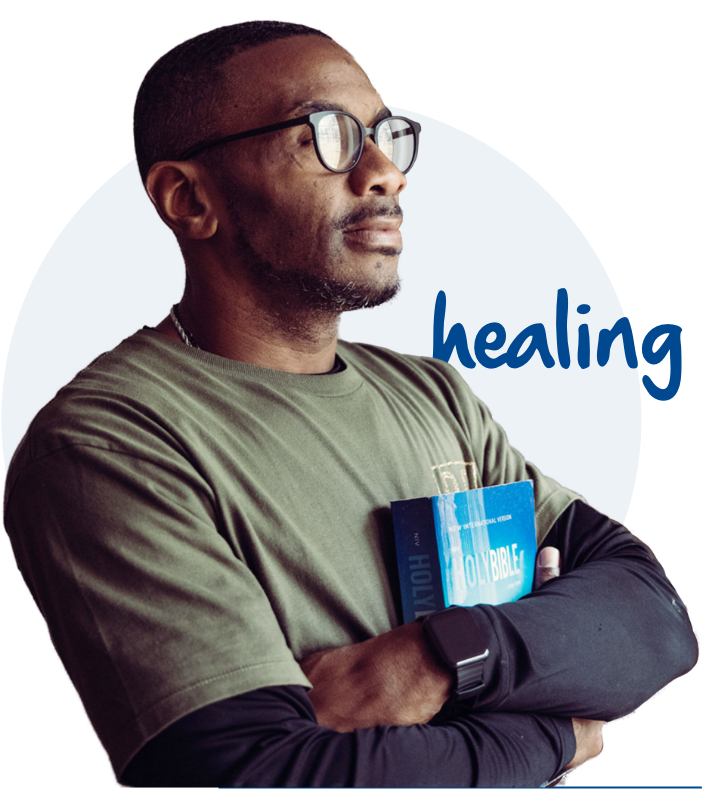 Providing a Path of Hope, Redemption, & Empowerment Through Jesus Christ

The vision of the Rescue Mission of Middle Georgia is to strengthen and expand our programs to serve the spiritual, emotional, and physical needs of all who are hurting in our society. Through sharing the good news of the Gospel of Jesus Christ and being an example of God’s love and compassion, we will be a catalyst for inconceivable life change.

• We are committed to excellence and to being an example of God’s love because everything we do should bring honor and glory to God.
• We are committed to showing people God’s love by treating all people with dignity, respect, and compassion because God loves us all.
• We believe God’s love is expressed through long-term change by building a personal relationship with Jesus Christ. Only then can true, long-term change be possible.
• We value and encourage innovation, advancement, and biblical stewardship because we will have to grow to minister to a changing world.
• We want to be a leader in our community by being God’s vessel with other organizations as we meet the real needs of those we serve.

The Rescue Mission of Middle Georgia is evangelical in practice and committed to proclaiming the gospel of our Lord Jesus Christ, believing in:

• The inspiration and integrity of the Bible as the Word of God.
• One God: The Holy Trinity of Father, Son, and Holy Spirit.
• The creation of man by the direct act of God and the fall of man according to the Genesis account.
• The incarnation and virgin birth of our Lord and Savior Jesus Christ.
• Jesus’ bodily resurrection from the tomb, and His imminent personal return in power and great glory.
• Jesus’ substitutionary and atoning death on the cross.
• Jesus’ power to save men from sin by grace through faith in Him.
• The new birth through the regeneration of the Holy Spirit, and the gift of eternal life by the grace of God.
• The sanctification of the believer by the Holy Spirit through faith and the Word.
• The reward of believers on the basis of faithful service and the full enjoyment of heaven forever as God’s
free gift; the eternal conscious punishment of impenitent.

Since its inception, God has enabled the Mission to expand its programs from initially serving coffee and doughnuts along with a prayer, to providing a cot for the night for a few men, to serving more than 12,000 meals a month and providing safety, housing, and life changing programs for hundreds of men, women, and children per year. The work of the Mission is vital for our community, and we give God all the glory.

• In 1952, Police Sergeant A.E. McGee began to provide shelter for the homeless and alcoholic men on his beat. He knew there had to be a better place for them than jail. At that time, however, homelessness was stubbornly ignored by the community.

• With a vision for what is now known as the Rescue Mission of Middle Georgia, Officer McGee enlisted his friends to help the homeless, only to be thwarted by public inertia. To his credit, it only took a few years for the idea to be revived by the Mission’s first superintendent, Rev. J. Robert Moon, and his fellow business leaders.

• In January 1956, the Macon Rescue Mission, Inc. was chartered in the Bibb County Superior Court as a nonprofit corporation for the primary purpose of rehabilitating fallen persons. With an early location on Second Street and a subsequent move to the iconic “Jesus Cares” building at the corner of Broadway and Poplar Street in downtown Macon, the Mission provided food, shelter, and life-changing services to thousands of men for years.

• In 2000, the Mission acquired land and built its 20,000 square foot facility in downtown Macon. The building was designed to accommodate 37 men and 7 women and their children. In 2019, we sold this building and moved to our new Zebulon Road campus to be able to serve more men, women, and children. In 2004 the Mission acquired land located on Napier Avenue, which is the location of the current Bargain Center.

• In 2019, God provided an amazing opportunity, and we purchased the property at 6601 Zebulon Road, the former location of Hephzibah Children’s Home.  God has given us 210 acres of land, which will provide a tranquil home for those in our program to recover.  The land is absolutely beautiful, and you can feel God’s presence throughout the campus. This property is a place that provides safety and healing for those that want to join a community in recovery by way of Jesus Christ!

Learn More About the Mission

Your generous gifts provide life-changing care that offers men, women, and children the chance for personal and spiritual wholeness.