God Has Delivered Me

Home > God Has Delivered Me

“Hello! My name is Taylor, and I was born in Alexandria, Virginia in July of 1995. This is my story:” 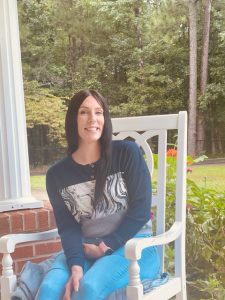 My twin brother and I were raised in Warner Robins, Georgia. My childhood was relatively normal, except for the fact that I was adopted at 9 weeks old. My parents did everything they could for my brother and me; we were well cared for, we traveled and we were loved. When I was in second grade, I went to school one day and the school was throwing a party for my brother and me. Come to find out, it was an adoption party. Up until this point, I had no idea I was adopted. When I learned I was adopted, I immediately felt different. I didn’t know it then, but looking back now, this realization caused me to struggle with feelings of rejection and abandonment. It was at this time I put on my first mask. I was hurt and sad over finding out I was adopted, but I never wanted my parents to know or to be hurt by what I was feeling. My mom and dad would then tell me the truth about who my biological parents were. They were drug addicts, and my birth mother was in prison. I immediately became cruel to those around me and carried this sense of entitlement. I would throw the fact that my mom and dad were “not my parents” in their faces regularly to get what I wanted.

When I was 10 years old, my brother was diagnosed with Asperger Syndrome, and my parents sent him to a behavioral health rehab for children in Atlanta. My mom went with him, and I did not see them for 2 months. This was difficult for my young mind to handle. My brother was the only blood family I had. Then one day, I turned around, and he was gone. I felt so alone and once again abandoned. When he came home, he was not the same as when he left, and I was concerned and confused. My way of coping with my emotions was to mask them. If I looked better on the outside, maybe people wouldn’t ask me what was wrong with me. Any time people would compliment my hair or clothes, I would use those comments to counteract the lies I believed about myself or the things I thought defined me; “Your parents are drug addicts,” “Your mom is in prison,” “You’re not good enough,” “Nobody wants you,” or “Nobody really loves you.”

As the years progressed, so did the severity of my acting out. At 12 years old, I got drunk for the first time and was raped by my best friend’s older brother. By the time I was 15, I was drinking daily, had already been arrested, and was sexually active. At 19, I had my first daughter, and shortly after she was born, I began using meth. I was involved in my first domestic violence relationship. We would both get high on meth, begin arguing and then he would become violent. This pattern continued for about a year before he was arrested, and I was able to get away from him. After that relationship, I ran right into the arms of another man who would begin the cycle all over again. We started out arguing with one another, and eventually, he began beating me. The abuse became so intense, that my dad stepped in and demanded I go to treatment. In June of 2018, I entered my first rehab and stayed 18 months before graduating. During my time in the program, I learned that I didn’t need drugs to mask things, and I learned who I was without my parents, daughter, or boyfriend. I got a job and learned what true independence looks and feels like. When I got my phone back, I began communicating with old friends and eventually reconnected with my abuser. His drug use never stopped. The first few times we hung out I was able to fight the temptation, but one day I had a blow-up with my mom. That was my excuse to use. My drug use escalated to IV meth, and it took me farther and exponentially faster than anything ever had before.

In November of 2020, I gave birth to my second daughter. She and I both tested positive for meth upon delivery. The Department of Family & Children services took her, and she was placed in foster care for 7 months. Losing her was another excuse to continue using. During the drug use, while trying to navigate the trauma from the abuse and losing my daughter, I found out I was pregnant again. During the pregnancy, I would get clean and break free from the abusive relationship only to return a month or so later. I was bouncing from hotel room to hotel room, running from responsibility and trying to accept that he and I were never going to work. On March 15, 2022, I had my youngest daughter. Despite being clean at the time of delivery, she was still removed from my custody and placed with her sister in my abuser’s mother’s care. Losing my third daughter was my breaking point. It was at this time I decided I needed help.

On May 19, 2022, I walked through the doors of the Rescue Mission, and I immediately knew this was going to be a safe place for me to heal. I could just feel the love. Since being at the Mission, God has shown me that the lifestyle that I was living and the abuse I was experiencing are not the life He has planned for me. I have discovered a passion for helping and encouraging women who are like me; watching the ladies begin to believe the truth about who they are and not the lies we have believed for so long makes me feel encouraged and worthy too. It has helped me to realize I am not alone in what I have felt or believed about myself and to be able to walk with others out of that darkness is priceless.

I am really looking forward to learning my purpose, and I am excited about the life that Jesus has in store for me and my girls. Since being here I have been to court on 3 occasions concerning my rights to my daughters. At the first appearance, they were discussing terminating my parental rights to two of my girls. The last time I went, they determined I was doing good, and if I stay the course, they will throw out the possibility of terminating my rights. Only God could work a miracle like that; I am still shocked and just so grateful.

The Rescue Mission has greatly impacted my life by bringing me to Jesus, so I could allow Him to deliver me from drugs and heal my heart. My life and the lives of my girls will never be the same, and for that, I am so grateful.

Galatians 2:20 “My old self has been crucified with Christ. It is no longer I who live, but Christ lives in me. So I live in this earthly body by trusting in the Son of God, who loved me and gave Himself for me.”